It’s believed that the very first Olympic Games took place in Ancient Greece as far back as 776 BC.

Since this historic date, every four years the world converges to witness the best athletes competing against each other for the coveted Olympic gold medal.

In total, the Olympics accommodate 339 events across 41 different sports. More than 10,000 athletes from 200+ countries across the globe participate in this iconic event.

The venue of the Olympics changes every four years.

This year, the games are based in Tokyo, Japan.

In honor of this much-anticipated event, we’ve decided to share four things you might not know about the host city. Let’s take a look!

1. The Cherry Blossom Is The National Flower

Every Spring, thousands of cherry trees in Japan blossom into breathtaking flowers. If you’re fortunate enough to visit during this time, you’ll be able to catch a glimpse of absolutely gorgeous pink and white flowers.

There is even an annual festival, called Hanami, that celebrates the beauty of this particular time of the year.

During this festival, people will get together to host parties and enjoy traditional food and music while basking in the beauty of the cherry blossoms.

2. Tokyo Has Hosted The Olympic Games Before This will be the second Olympics hosted by Tokyo. The first, in 1964, was the very first Olympics to take place in Asia.

However, prior to the 1964 games, Tokyo was actually supposed to host the 1940 Summer Olympics. Unfortunately, they had to hand the torch off to Helsinki due to Japan’s invasion of China during the war. The 1940 games would later be canceled altogether as the conflict surrounding World War II escalated.

While it’s just Tokyo’s second opportunity to host the games, it will be the fourth Olympic Games to take place in Japan.

3. It’s Home To The Largest and Busiest Train Station In The World

Do you think your commute is busy? Wait until you see Shinjuku Railway Station, Tokyo’s major transportation hub.

This public transportation system accommodates an average of 3.5 million people every single day, making it the busiest train station in the world! 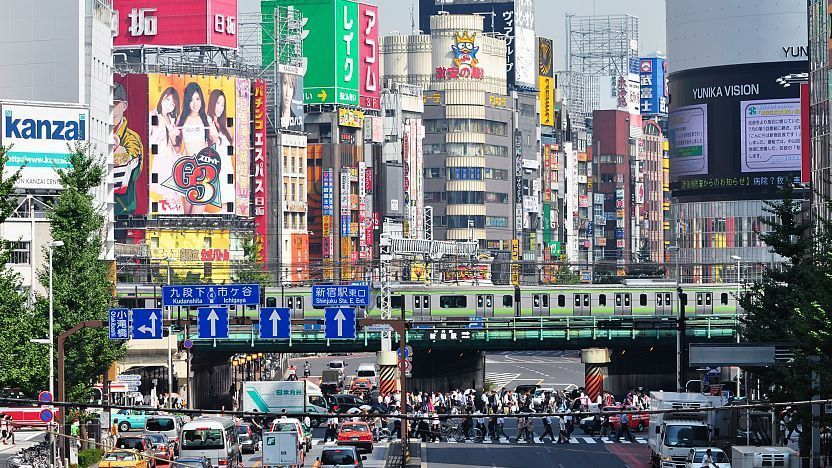 With a population as large as Tokyo’s, you might expect a high crime rate. However, this couldn’t be further from the truth. A 2015 article published by Business Insider placed Tokyo at the top of the list of the safest cities in the world.

This ranking was created based on four factors:

The absence of crime in Tokyo makes it a fantastic choice for your next travel adventure!

Travel in Japan With UIN You can check out our entire Japan-inspired collection here.