Odd and cruel as it is, Picasso’s Guernica, which was based on the ruined city Guernica after Nazi’s bombardment, shocks you visually and politically. Inspired by Picasso’s painting concept, our UIN designer made a bold adoption of it to demonstrate our opposition against war and advocate justice, both politically and artistically..

The painting adopted colors of pure black, white and grey, together with the horses howling in pain and the dying people lying on the ground with crippled bodies, to unveil the catastrophe caused by the fascist war. Misery and suffering, however, aren’t the theme of it, but truth and justice. A bright and big eye was painted on the top of the whole painting, like God’s gaze, to display the condemnation of Nazi. Nazi is nowhere, but our pursuit for justice and democracy is ever-lasting. Our UIN shoes hope to take the lead to express an attitude—opposition to dictatorship and advocacy of peace and democracy. 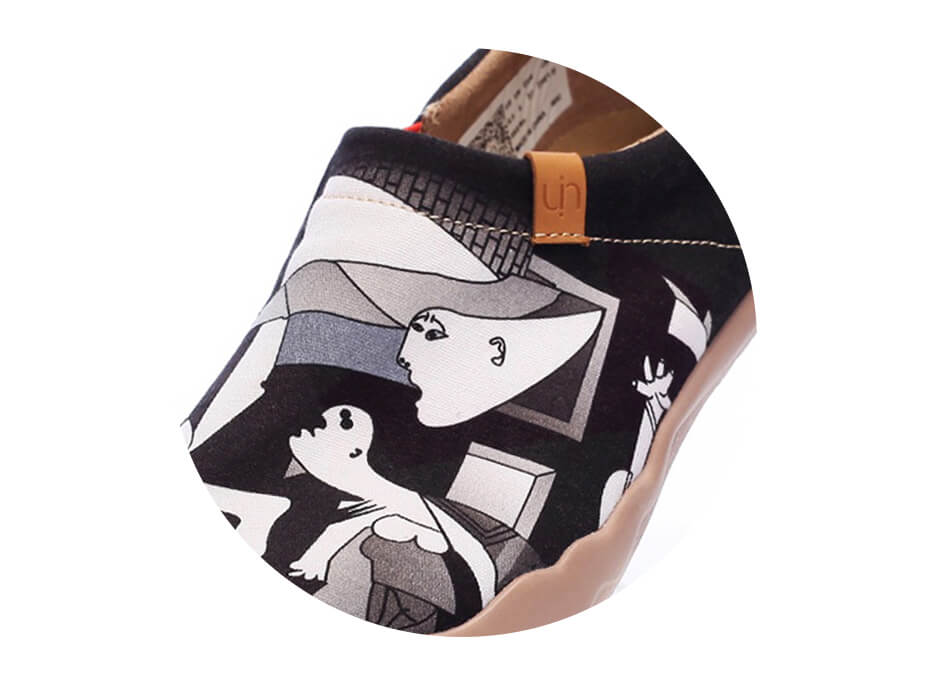